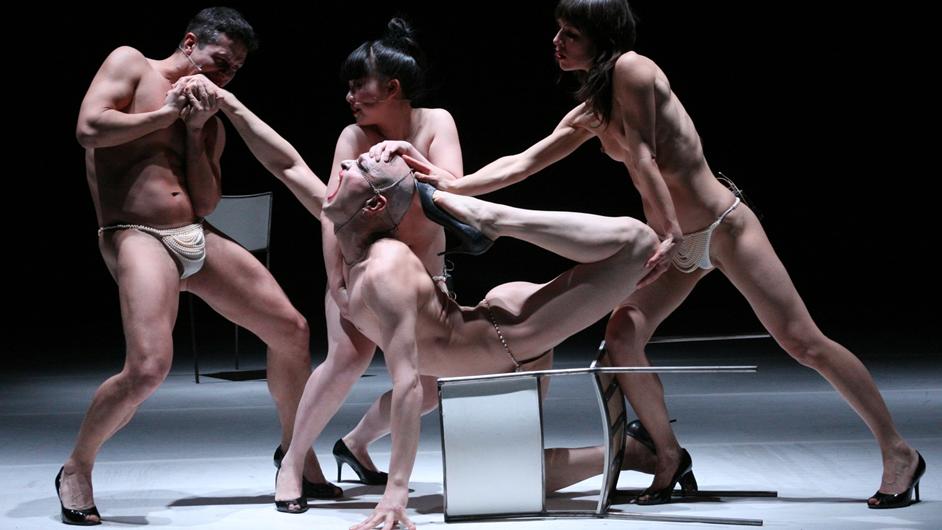 Ivo Dimchev is a choreographer and performer from Bulgaria. His work is an extreme and colorful mixture of performance art, dance, theater, music, drawings, and photography. Dimchev is author of more then 30 performances. He has received numerous international awards for dance and theater and has presented his work all over Europe, South and North America. Besides his artistic work Dimchev gives master classes in the National Theater Academy (Budapest), the Royal Dance Conservatorium of Belgium (Antwerp), Hochschule der Künste (Bern), danceWeb (Vienna) etc. He is founder and director of the Humarts foundation in Bulgaria and organizes every year a national competition for contemporary choreography. Since Oct 2009 after doing his master studies on performing arts at Dasarts academy (Amsterdam), Dimchev moved to Brussels where he opened a performance space, Volksroom, which presents international young artists. From January 2013 Dimchev is an Artist in Residence in Kaaitheater (Brussels) for 4 years. In 2014 Dimchev opened his new space, MOZEI, in Sofia, Bulgaria, an independent space focused on contemporary art and music.

“Standing before us with blood staining his chiseled cheeks, Mr. Dimchev brought to mind the words of Merce Cunningham, who once said about dancing, ‘It gives you nothing back, no manuscripts to store away, no paintings to show on walls and maybe hang in museums, no poems to be printed and sold, nothing but that single fleeting moment when you feel alive.’” Stage Where the Blood is Real and Freshly Drawn by Gia Kourlas, New York Times May 2011