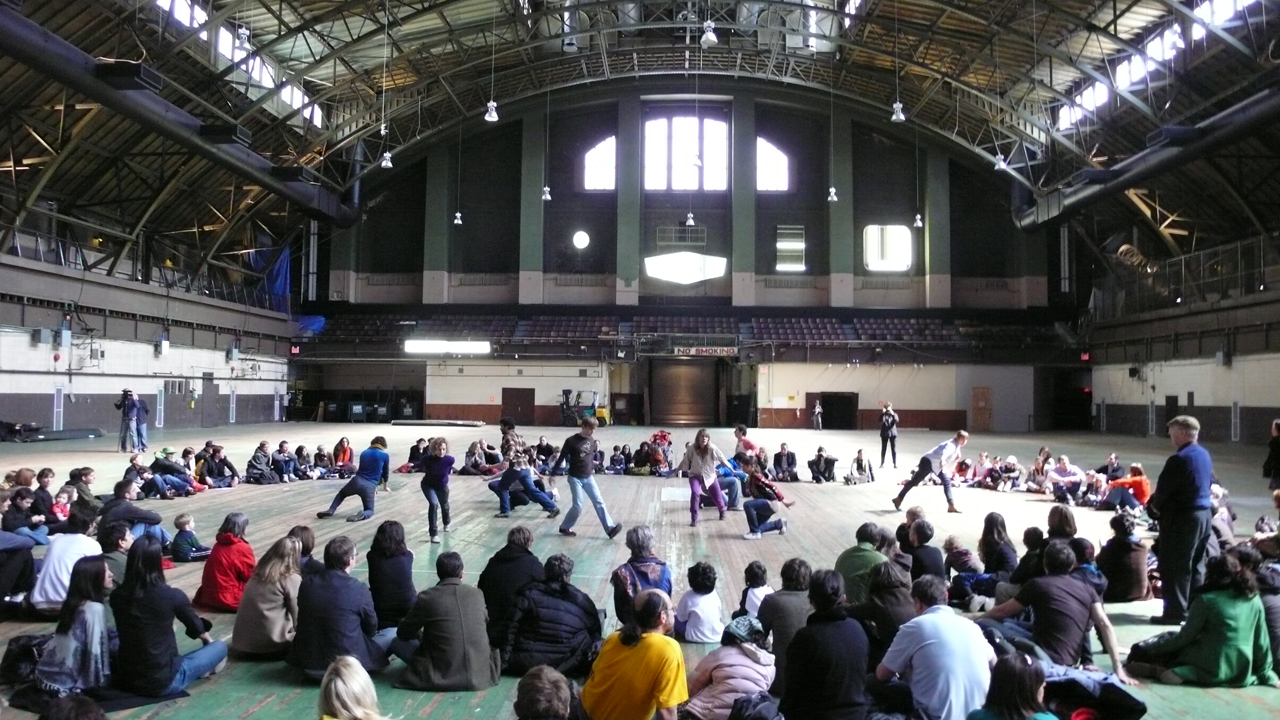 The Whitney Biennial at the Regiment Armory on Park Avenue, March 22, 2008 (New York)

The on-going Animal Estates initiative produces events and exhibitions to consider the animals that we share our cities with, and creates dwellings for animals that have been unwelcome or displaced by humans. As animal habitats dwindle daily, Animal Estates proposes the reintroduction of animals back into our cities, strip malls, garages, office parks, freeways, front yards, parking lots, skyscrapers, and neighborhoods. Animal Estates intends to provide a provocative 21st century model for the human-animal relationship that is more intimate, visible and thoughtful. Dwelling designs for a variety of animals will be tested throughout the world. In cities and suburbs, from public streets to private yards, prototype Animal Estates will be established in a variety of environments. At times they will be hidden from view and at others quite visible to the public. Each will be designed to attract and welcome a particular animal back into an environment that has been dominated by humans. The design for each estate will be developed with a local specialist on that particular animal. These animals may at times be helpful and welcome residents, but others may require some getting used to. The first edition of Animal Estates was installed in the Sculpture Court of the Whitney Museum at the corner of Madison Avenue and East 75th Street in Manhattan. The animal clients were previous residents of that land 400 years ago, including: beaver, bat, bee, bird, bobcat, duck, eagle, opossum, owl, salamander, squirrel, and turtle. Other 2008 Animal Estate developments are planned for Austin, Cambridge, San Francisco, Portland, and Utrecht.